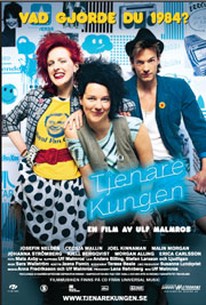 Set in 1984, Ulf Malmros' comedy God Save the King tells the tale of a misfit teenager with dreams of being in a punk rock band. Josefin Nelden plays Abra, a young woman obsessed with punk music. Her attitude and tastes make her an outsider in her provincial hometown, so when a punk group comes through town on a tour she runs away with them. During her adventures on the road she starts to put together a band in the hopes of playing a rock club known as Erroll's. ~ Perry Seibert, Rovi

There are no critic reviews yet for Tjenare kungen (God Save the King). Keep checking Rotten Tomatoes for updates!

There are no featured reviews for Tjenare kungen (God Save the King) at this time.