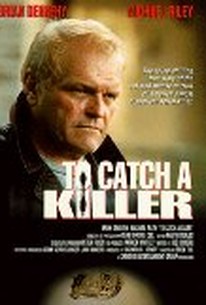 To Catch a Killer Photos

John Wayne Gacy was a respected member of his suburban Illinois community -- he was an active member of several service organizations, ran his own business, and entertained children as Pogo the Clown in his spare time. But Gacy had a terrible secret, and before he was finally brought in by the police, he had raped and killed over 30 young men and buried them beneath his house. To Catch a Killer is a made-for-TV movie that examines Gacy's life and crimes, and Joe Kozenczak (Michael Riley), the cop who finally brought John Wayne Gacy (Brian Dennehy) to justice. The supporting cast includes Margot Kidder and Meg Foster. ~ Mark Deming, Rovi

Critic Reviews for To Catch a Killer

Lamely directed by Eric Till, whose actors often appear to wander about without understanding the real-life characters, To Catch a Killer rambles when it should rant. But crime will probably pay in the ratings.

Audience Reviews for To Catch a Killer

There are no featured audience reviews yet. Click the link below to see what others say about To Catch a Killer!

To Catch a Killer Quotes