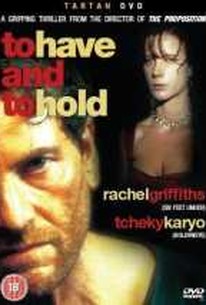 This Australian melodrama of obsessive love and violence is as humid and brooding as the Papuan jungle in which most of was filmed. Set in a remote town in Papua, New Guinea (some scenes were shot in Northern Australia) the story begins as the bereaved widower Jack gets increasingly drunk with Sal the barkeeper and Steve, an ex-missionary. Rose, his wife has just died under mysterious circumstances. Time passes and Jack, who earns a meager living showing violent action-films to local villagers journeys to Melbourne for new movies. There he meets romance novelist Kate, a woman who uncannily resembles the late Rose. Jack quickly launches a romantic campaign and successfully lures Kate back to his lush jungle home where they spend much time making love and being happy. Unfortunately, Jack slowly changes. First he tries to get Kate to wear Rose's clothing. He then compulsively spends his time staring at films of Rose. It doesn't take long for Kate to see in the films that there was something going on between Rose and Sal. The implications coupled with Rose's sudden demise frightens Kate. Meanwhile, the village youth grow increasingly violent. ~ Sandra Brennan, Rovi

Critic Reviews for To Have and to Hold

There are no critic reviews yet for To Have and to Hold. Keep checking Rotten Tomatoes for updates!

There are no featured reviews for To Have and to Hold at this time.

To Have and to Hold Quotes