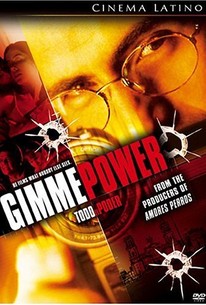 Directed by Fernando Sariñana, Todo el poder centers around the politics and corruption that shroud the Mexican police system. Featuring Demián Bichir as Gabriel, a filmmaker whose career has left him assaulted and robbed in broad daylight more times than he cares to remember, the film itself was inspired by Sariñana's personal experience with urban crime oftentimes perpetrated by the police themselves.

Verónica Langer
as Frida
View All

Bichir is superb as the crusading filmmaker, who channels his frustration and angry energy through his camera.

A humorous and highly entertaining film.

There are no featured audience reviews yet. Click the link below to see what others say about Todo el poder (Gimme the Power)!