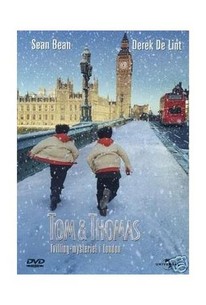 Despite having lived relatively close to one another their entire lives, twins Tom and Thomas (both played by Aaron Johnson) have never met, though they are well aware of each other's existence. Coming together as people sometimes do in dire circumstances, Thomas finally runs into Tom as the latter is on the run from some malevolent child smugglers. As the kidnappers mistake Thomas for Tom and attempt to smuggle him out of the country via airplane, the original target must take matters into his own hands if he is ever to see his brother again and bring the family together.

Doortje Peters
as Debby
View All

There are no critic reviews yet for Tom & Thomas. Keep checking Rotten Tomatoes for updates!

There are no featured audience reviews yet. Click the link below to see what others say about Tom & Thomas!