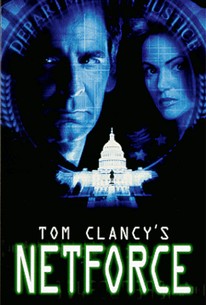 Best-selling author Tom Clancy was executive producer of this made-for-TV spy thriller, which debuted on ABC in 1999. In the year 2005, the FBI has established a special division --"Netforce" -- to investigate crimes committed using the Internet. Agents Alex Michaels (Scott Bakula) and Steve Day (Kris Kristofferson) are put on the case when software genius Will Stiles (Judge Reinhold) designs a Web browser that allows him to hack into Netforce's computer system and take control of the entire Internet for his own purposes. The supporting cast includes Brian Dennehy, Joanna Going and C.C.H. Pounder. While this was originally billed as "Tom Clancy's Netforce," Clancy neither wrote the screenplay nor directed the film; Netforce was written by Lionel Chetwynd and helmed by Robert Lieberman.

Judge Reinhold
as Will Stiles

There are no critic reviews yet for Tom Clancy's 'Netforce'. Keep checking Rotten Tomatoes for updates!

There are no featured audience reviews yet. Click the link below to see what others say about Tom Clancy's 'Netforce'!