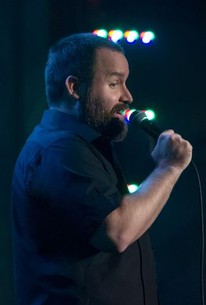 Filmed at Seattle's Neptune Theater, Segura takes on his favorite pastime of making fun of overweight people, debates barley cities vs. awesome cities and reveals exactly what he thinks what a man's car really says about the person behind the wheel.

Segura... has the old-guy persona - cranky but confident - down pat.

More than the average comic, though, Segura has a natural and capable storytelling ability, one that lifts his narratives out of average anecdote fare and plants them firmly in hilarious ground.

The pot-bellied father-to-be jokes about obese people and his aversion to becoming the "fat dad." He's cynical, curious, and a bit twisted in this 75-minute installment of stories.

There are no featured reviews for Tom Segura: Mostly Stories at this time.