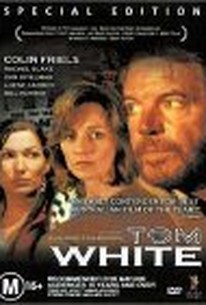 A man on the edge of collapse falls into a well of despair in this psychological drama from Australia. Tom White (Colin Friels) is an architect who is emotionally reaching the end of his rope. Edgy, confused, and losing touch with reality, White finds himself obsessively working on a project from which he was removed weeks before, and his hands shake so badly he can barely hold a pencil. Tom's superiors suggest he should spend a few days away from the office to regain his bearing, but instead of returning home to his wife (Rachael Blake) and children, he goes on a bender. After getting beaten in a fist fight, he wanders into a gay club and strikes up a conversation with a hustler named Matt (Dan Spielman). Matt lets Tom stay at his flat for a few days before Tom moves on and drifts into an affair with Christine (Loene Carmen), who runs a carnival-sideshow shooting gallery. Tom sinks deeper and deeper into hopelessness and depression, and eventually finds himself living on the streets and running with Jet (Jarryd Jinks), a troubled teenager who blots out his misery by sniffing glue. ~ Mark Deming, Rovi

Peppered with powerful, ambiguous and visceral moments, Tom White is a rarity in Australian filmmaking: it's a sensory journey on the darker edges of modern urban existence in which the journey IS the story.

There are no featured reviews for Tom White at this time.