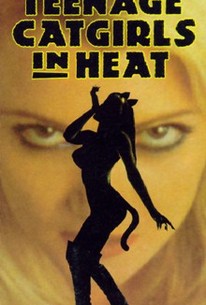 The first five women to graduate from the U.S. Navy's fighter pilot training program are organized into the "Tomcat Angels" by Craig Shoemaker, who is also sleeping with the heroine, Callie (Kerri Danesi). Callie gets shot down and tortured by the people she charmingly refers to as "ragheads," but gets a reprieve when an Arab general (played by the very non-Arab Brian Colgan) decides to make her his love-slave. The Angels find out about her capture from an expatriate Arab and mount an unconvincing rescue mission.

There are no critic reviews yet for Tomcat Angels. Keep checking Rotten Tomatoes for updates!

There are no featured reviews for Tomcat Angels at this time.