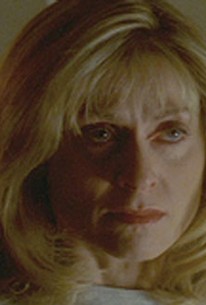 Too Close to Home Photos

29-year-old defense lawyer Nick Donahue (Rick Schroder) is still tied to the apron strings of his possessive mother Diana (Judith Light)--so much so that, when he tries to move out of the family home, Diana is able to bind him even tighter by attempting suicide. While visiting Diana in the hospital, Nick meets and falls in love with Abby (Sarah Trigger), his mother's nurse. Ultimately, Nick and Abby marry, much to Diana's dismay. When Abby announces she is pregnant, it is too much for the unbalanced Diana to bear--and thus she promptly begins plotting her daughter-in-law's murder. This fact-based melodrama culminates in an intense courtroom scene, in which accused killer Diana is defended by--guess who? Made for the CBS TV network, Too Close to Home originally aired April 29, 1997.

Critic Reviews for Too Close to Home

There are no critic reviews yet for Too Close to Home. Keep checking Rotten Tomatoes for updates!

Audience Reviews for Too Close to Home

Too Close to Home Quotes