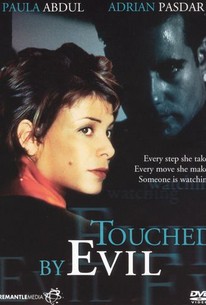 Singer Paula Abdul makes her acting debut in this tense ABC TV movie. Recovering from a vicious attack by a serial rapist, businesswoman Ellen Collier (Paula Abdul) finds comfort and security in her relationship with her loving and supporting new boyfriend, car salesman Jerry Braskin (Adrian Pasdar). But as Ellen slowly comes out of her self-imposed shell, events conspire to persuade her that Jerry is harboring an unsavory secret. By the time Ellen has been confronted with rock-solid evidence that Jerry is the very man who sexually assaulted her, it may be too late to save herself. Based on a true story, Touched by Evil was originally telecast on January 12, 1997.

Peter Bryant
as Elroy
View All

Critic Reviews for Touched by Evil

There are no critic reviews yet for Touched by Evil. Keep checking Rotten Tomatoes for updates!

Audience Reviews for Touched by Evil