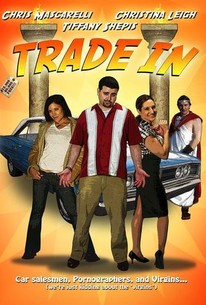 Dueling auto dealerships enter into a competition to sell the most cars in this comedy featuring the final onscreen appearance by actor Corey Haim. Car Kingdom is in big trouble, but the struggling dealership's optimistic owner Marty isn't about to admit defeat to his chief rival Wayne Empire. An ego-maniacal showman with a penchant for wacky sales gimmicks, Wayne will do anything and everything to ensure that his dealership, Empire Cars, gets more sales than Car Kingdom. When Marty and Wayne engage in a direct competition for dominance of the local auto dealer scene, it doesn't take long for things to turn ugly. Desperate, Marty agrees to let a movie crew shoot their latest film in the back room of his dealership. Later, just as Marty begins gearing up for his big Family Day promotion, he realizes that the crew is shooting a porno, and scrambles to ensure that the embarrassing oversight doesn't taint his wholesome image.

Ron Jeremy
as Himself

Corey Haim
as Himself

Critic Reviews for Trade In

There are no critic reviews yet for Trade In. Keep checking Rotten Tomatoes for updates!

There are no featured reviews for Trade In at this time.