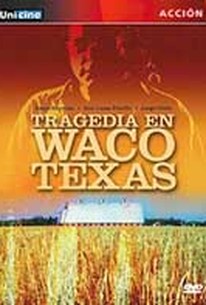 Per its title, the Spanish-language docudrama Tragedia en Waco Texas recounts the grisly end of the Branch Davidian compound in April, 1993, in Waco, Texas. This gripping and disturbing reenactment, helmed by Mexican director Fernando Durán, dramatizes the events preceding, during, and following the Janet Reno-ordered FBI siege on the 'Mt. Carmel Center' headquarters of the religious cult masterminded by the ill-fated David Koresh - during which a fire reduced the entire operation to a pile of ash. The film stars Jorge Reynoso, Jorge Ortín , Ana Luisa Peluffo and Polo Ortín. ~ Nathan Southern, Rovi

There are no critic reviews yet for Tragedia En Waco Texas. Keep checking Rotten Tomatoes for updates!

There are no featured reviews for Tragedia En Waco Texas at this time.