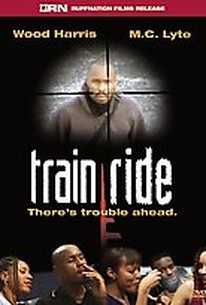 Four college seniors get what they deserve after they administer a date rape drug to an unsuspecting freshman in this dramatic thriller. As things spiral out of control, the young men realize they've jeaopardized the last four years of hard work in one stupid move. Filled with realistic performances by fresh faced newcomers, TRAIN RIDE tastefully addresses the issue of date rape, an all too common problem across college campuses. Featuring a hip-hop and jazz soundtrack, and the last performance by Emmy Award winning actress Esther Rolle, TRAIN RIDE reflects the talent of director Rel Dowdell.

Can easily be pigeonholed into a number of categories, but to attach any of them to the film is to too tidily and dismissively label a tough, intelligent, and riveting drama.

There are no featured reviews for Train Ride at this time.