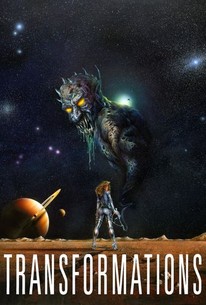 A space explorer infected by an alien temptress can be saved only by the power of love in this science-fiction horror film from director Jay Kamen. After becoming impregnated with the child of an alien who took the shape of a human woman, Wolfgang (Rex Smith) falls for a woman named Miranda (Lisa Langlois) in an interstellar penal colony. Although he escapes the planet with several other prisoners, Wolfgang must stay alive long enough to enjoy a future with his new love.

There are no critic reviews yet for Transformations. Keep checking Rotten Tomatoes for updates!

There are no featured reviews for Transformations at this time.