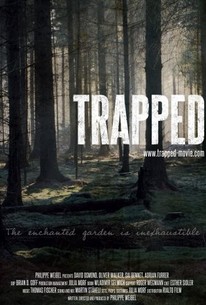 In this made-for-cable action-drama, Oliver Sloan (Parker Stevenson) is the son of a Las Vegas resort magnate whose showplace hotel has just been given its grand re-opening. However, Sloan's board of directors is not happy with the hotel's profitability, and he knows he's about to be replaced. One evening, a fire breaks out on the 20th floor of the hotel; it soon becomes evident that the sprinkler systems in the hotel are not working, and Sloan begins to suspect that the fire did not happen by accident. Meanwhile, a number of guests are trapped as the fire rages out of control, including Jim (Meat Loaf), an engineer working for the hotel who tries to figure out a route to safety for himself and the guests, and Evans (William McNamara), a TV reporter who begins broadcasting live from the burning building. Trapped also features Callum Keith Rennie and Suki Kaiser.

John B. Lowe
as Harry Maculwain

There are no featured reviews for Trapped at this time.