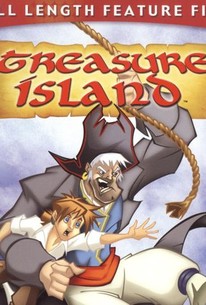 The oft-adapted Robert Louis Stevenson adventure becomes an animated children's film with this release from Delta. Treasure Island focuses on Jim Hawkins, a boy who gets his hands on a dead pirate's treasure map and sets out to recover the booty. Along the way, he faces a mutinous cook and makes a pal in Benn Gunn, a castaway he meets on his journey.

There are no critic reviews yet for Treasure Island. Keep checking Rotten Tomatoes for updates!

There are no featured reviews for Treasure Island at this time.