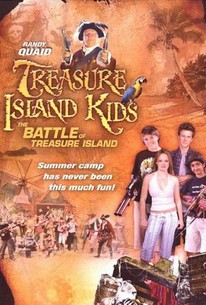 The family adventure story Treasure Island Kids: The Pirates of Treasure Island features John Callen as Conrad Dawson, a man who has failed at his dream of finding gold treasures on an island. In order to keep his dream alive, he converts the land into a summer camp. Randy Qauid co-stars as the bloodthirsty pirate Captain Flint, who the camp kids must battle in order to protect the island's treasure.

Devon Wood
as Barbara
View All