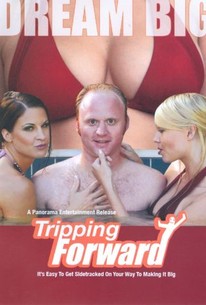 A struggling actor and a has-been rock star attempt to make the rent by selling cocaine to supermodels in this buddy comedy starring Chris Fogelman, William Gregory Lee, Ed Begley, Jr., M.C. Gainey, and Ezra Buzzington. As an actor, Ford (Fogelman) is a modestly successful commercial spokesman, and as a musician, Tripp (Lee) is a fantastic mooch. When Tripp decides to give up music in order to concentrate on his drug-intake and Ford finds his funds drying up, the realizes that in order to pay the rent they will have to improvise. While Tripp's suggestion of selling cocaine to supermodels will no doubt bring in some much needed cash, Ford isn't quite comfortable getting into the drug trade. His opposition begins to soften, however, when he realizes that in order to remain in his acting classes - and by turn close to dream girl Gwen (Amber Benson) - he will have to earn a little extra income. But now a drug deal has gone bad, and Ford is stuck dealing with his brain-dead roommate while attempting to avoid a mob boss who would castrate him without a second thought.

There are no critic reviews yet for Tripping Forward. Keep checking Rotten Tomatoes for updates!

There are no featured reviews for Tripping Forward at this time.