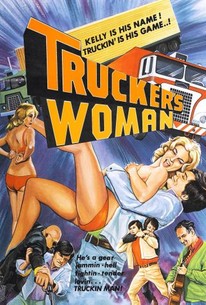 Mike Kelly (Michael Hawkins) is sure that his truck-driver father's deadly roadside crash was no accident, so he leaves college to take up the old man's profession and seek clues to determine who's responsible. He learns that his father was active in organizing the independent truckers at Midtown Terminal to strike out on their own and leave their corrupt bosses, who are actively shipping stolen merchandise for the syndicate. Kelly convinces his fellow drivers that his father's idea is still valid, marking himself as a troublemaker to the terminal heads and earning his own death threats. Meanwhile, Kelly meets a beautiful, sarcastic blonde (Mary Cannon) in a truck stop and begins a whirlwind affair that turns sour when he learns that her father is in cahoots with the very syndicate he's fighting against. Despite cut brake lines and being framed for hauling stolen freight, Kelly stands his ground against the mob and eventually learns the secret of his father's "accident."

There are no critic reviews yet for Truckers Woman. Keep checking Rotten Tomatoes for updates!

There are no featured reviews for Truckers Woman at this time.