The Truth About Jane2000 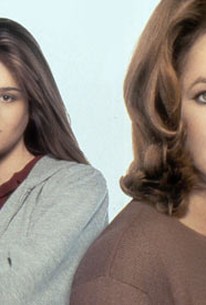 The Truth About Jane Photos

A teenager going through the typical traumas of adolescence has to confront an especially big hurdle in this made-for-TV drama. Jane (Ellen Muth) is a seemingly typical 15-year-old high school student; she's popular at school, does well in her classes, and has a good relationship with her parents, Janice (Stockard Channing) and Robert (James Naughton). Despite all this, Jane has always felt as if she's different in some way from the other kids at school, though she's not sure how. When Taylor (Alicia Lagano) moves into town and transfers into the same school as Jane, the two girls become fast friends. Before long, Jane and Taylor are inseparable, and Jane senses this is not an ordinary friendship; one night, Jane kisses Taylor, and Jane finally comes to the realization that she's attracted to women and has fallen in love with Taylor. While Jane and Taylor are happy together, Jane now faces the responsibility of telling her family that she's a lesbian, and her parents are not readily accepting of this news. The Truth About Jane features RuPaul in a rare dramatic role as Jimmy, a close friend of Janice who is also a gay man.

Maedell Dixon
as Susan
View All

Critic Reviews for The Truth About Jane

There are no critic reviews yet for The Truth About Jane. Keep checking Rotten Tomatoes for updates!

Audience Reviews for The Truth About Jane

The Truth About Jane Quotes