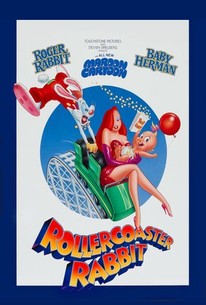 This seven-minute short cartoon, released with Honey, I Shrunk the Kids, is the first animated short put out by Disney studios since 1965. It features the ever-ebullient Roger Rabbit of Who Framed Roger Rabbit fame. Here, he is teamed with Baby Herman, who must be rushed to the hospital after swallowing a rattle. The ever-seductive Jessica Rabbit (voice by Kathleen Turner) also puts in an appearance. While there is nothing in this cartoon that is unsuitable for children, it contains enough savvy wit to keep adult viewers' attention.

Corey Burton
as Orderly
View All

There are no critic reviews yet for Tummy Trouble. Keep checking Rotten Tomatoes for updates!