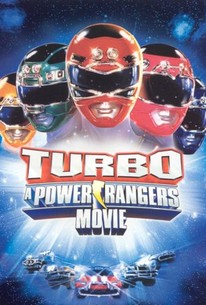 Critics Consensus: No no, Power Rangers.

Critics Consensus: No no, Power Rangers.

Critic Consensus: No no, Power Rangers.

Based on the hit children's television series The Mighty Morphin Power Rangers, this film has the teenage superheroes doing battle with the other-worldly villainess Divatox (Hilary Shepard Turner). She is the wife of an evil lord named Maligore who is imprisoned in an energy vacuum inside one of Earth's volcanos. Freeing him would mean doom for the universe. Divatox needs to bring a good wizard named Lerigot (Jon Simanton) to the volcano, because he has the key to unlocking the energy prison. Lerigot flees his planet and escapes to Earth just before Divatox's henchmen capture him. The five Rangers disguise themselves as ordinary teenagers, but their secret is discovered by ten-year-old Justin (Blake Foster), and he is allowed to don a power suit and become one of them. Zordon, the Power Rangers' boss, gives his crew extra powers to thwart Divatox, who with her pirates has captured a submarine. The showdown between the forces of universal good and evil includes plenty of karate and kick-boxing around a seething cauldron of lava. ~ Michael Betzold, Rovi

Richard Genelle
as Ernie
View All

Like the TV series, the pic features makeup and special-effects gimmickry that are far less persuasive than what might be found at second-rate theme-park attractions.

With minimalist and universal fantasies as their points of departure, the superheroic deeds evolve only incrementally beyond the realistic -- a deeply satisfying process.

Five-year-olds who have read their Shakespeare will recognize that Turbo is a lot of sound and fury signifying nothing.

A purgatory of low-budget interplanetary adventure.

Turbo is a solid follow-up to the entertaining 1995 Mighty Morphin Power Rangers.

Those with no investment in MMPR lore will find it tough going throughout.

Even for hardcore fans, "Turbo" is an abysmal action follow-up that takes the series in to a dead end that it had to claw out of for a long time.

Works a little better than the first Power Rangers movie but will not extend its appeal beyond the show's fan base.

The dialogue is atrocious, as are the wretched signature Morphin moves: Someone get these Rangers to a martial-arts school!

I liked the TV show, the original version that is, but this movie marked the turning point for the show. The point when it just got too stupid for its fans.

This is not exactly a sequel from Mighty Morphin Power Rangers - The Movie, because it doesn't follow the events that took place on the movie. This movie follows the rest of the series, it is set in the same universe with the same people, with the same sets, with the same suits, unlike the first movie in which everything was different. Personally I highly recommend this movie only and exclusively to Power Rangers' followers, not to the general audience.

It was entertaining when I first watched it.