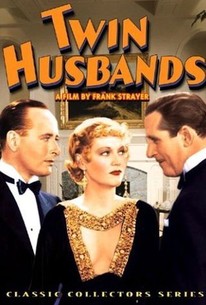 The basic difference between the Chesterfield and Invincible productions of the 1930s is that most of the Chesterfields were directed by Richard Thorpe, while the Invincibles were helmed by Frank Strayer (in truth, both studios were one in the same!) It was Strayer at the controls for Twin Husbands, a sharply-turned comedy melodrama dominated by star John Miljan. He plays Jerry Van Trevor, a gentleman crook who is blackmailed into participating in a confidence scam masterminded by comparative amateurs. In order to get their hands on some valuable bonds, Chloe Werrendon (Shirley Grey) and Colton Drain (Monroe Owsley) force Jerry to pose as Chloe's missing husband. Jerry goes along with the scheme, biding his time until he can outwit his cohorts. Among the minor pleasures of Twin Husbands are the appearances of Wilson Benge and Robert Elliot, usually typecast respectively as a butler and detective, but herein cast as a phony butler and phony detective!

Maurice Black
as Red
View All

There are no critic reviews yet for Twin Husbands. Keep checking Rotten Tomatoes for updates!

There are no featured reviews for Twin Husbands at this time.