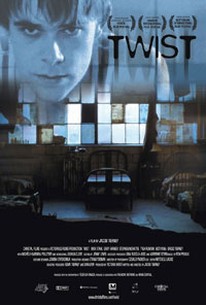 Critics Consensus: Despite of its contemporary setting and some strong performances, this is a bland retelling of Oliver Twist.

Critics Consensus: Despite of its contemporary setting and some strong performances, this is a bland retelling of Oliver Twist.

Critic Consensus: Despite of its contemporary setting and some strong performances, this is a bland retelling of Oliver Twist.

A gay re-telling of Charles Dickens' classic "Oliver Twist." Updated to current times, moved out of the poor house and onto the streets, the tale is told from the point of Dickens' character, Artful Dodger--now "Dodge." The prosaically beautiful Oliver falls into the hands of down-and-out young men. Dodge takes the young man under his wing and instructs him in the unforgiving arts of drug abuse and prostitution. As Oliver's innocence dissolves, both young men confront inner and outer demons and, strangely, it is Dodge who finds he cannot escape his past.

Stephen McHattie
as The Senator

Emily Hampshire
as Waitress
View All

One of the glummest recent attempts to drag a classic story into the 21st century.

The only thing funny about Twist is how seriously it takes its own pompous preposterousness.

The movie's far too stagy and pretentious.

Cuaron ran into trouble by being overly faithful to Dickens' story, changing almost nothing except the setting.

Apart from the somewhat novel conceit of turning Dickens into the stuff of a Gus Van Sant picture (see My Own Private Idaho), there's nothing original, nor compelling, about Twist.

Ultimately more unsavory than enlightening, and would have benefited from a more humorous approach to its purloined themes.

My memory may be a little vague on this one, but I don't recall any incest scenes in the original Oliver Twist

This would make Dickens suicidal, probably in more than one way.

A surprisingly deep, dramatic twist on an old melodrama.

A joyless series of shooting-up scenes.

Unrelenting in its tragedy, this movie should come with a major bummer warning or something to help you recover from the haunting images. The story is a little thin at times.

Isn't without interest, but overall it's more an earnest attempt than a successful accomplishmrent.

A very interesting modern "twist" on the Dickens classic. Very dark, very emotional and (best of all) no precocious children. Not without it's flaws, but all in all a decent production.