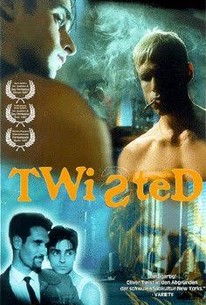 It is surprising to note what doesn't change when the story of Dickens's novel Oliver Twist moves from the criminal underground of 19th-century London to the world of American gays in the 1990s. In this movie, Lee (Keivyn McNeill Graves) is a homeless young orphan boy who gets taken into the lives of a group of colorful, decadent men. Their friendships and jealousies, as well as their disagreements about Lee's upbringing, carry the familiar story along. Billy Porter's performance as Shiniqua, a feisty street-hardened drag queen, stands out.

Ray Aranha
as Can Man

Overacted, underwritten, murky (some scenes appear to have been filmed by candelight), and essentially implausible, it succeeds only in churning up an atmosphere of ghoulish sentimentality.

Donsky, who gives his cast the confidence to show considerable emotion, clearly understands that he is working with lurid material, and he plays against it, seemingly as inspired by Dickens as by the silent cinema...

Donsky brings little to his characters, and his threadbare story lacks any of the moral purpose that allows Dickens's tale to transcend its own almost unbearable cruelty.

Donsky, whose background is in the theatre, gives the film a solid structure, reveals a stylist's eye, and draws lively performances from a uniformly colorful cast.

There are no featured reviews for Twisted at this time.