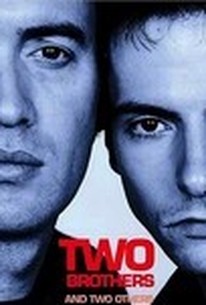 Richard Bell directed this short independent drama about two brothers trying to patch up the holes in their relationship, while coming to terms with their personal differences. One brother has moved away from home rather than confront his family with the fact that he's gay; he eventually has a reunion with his older brother, who ran away from home years before, with no explanation regarding where he went and why. Two Brothers has been released on home video as part of a compilation called Two Brothers and Two Others, in which the film is paired up with two gay-themed short subjects, Birthday Time and Cruise Control. ~ Mark Deming, Rovi

There are no critic reviews yet for Two Brothers. Keep checking Rotten Tomatoes for updates!

There are no featured reviews for Two Brothers at this time.