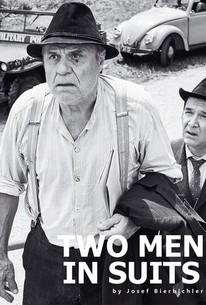 Pankraz would like to become a singer, but when his older brother returns as a psychic and physical wreck from the First World War, he must take over the farm and the inn on the lake from the father. During the Second World War he also had to go to the front, marrying his childhood sweetheart Theres late and getting a son, but he always stays a stranger. Only at the funeral of Theres father and son begin to talk openly.

There are no critic reviews yet for Two Men in Suits (Zwei Herren im Anzug). Keep checking Rotten Tomatoes for updates!

There are no featured reviews for Two Men in Suits (Zwei Herren im Anzug) at this time.