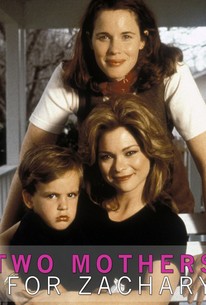 This fact-based TV movie takes place in Richmond, Virginia, the home of single mother Jody Shaffell (Valerie Bertinelli). Appalled by the fact that Jody has come out of the closet and is living in an openly gay relationship with her female lover, Jody's mother Nancy (Vanessa Redgrave) sues to gain custody of her grandson Zachary (Adam Rehman). A homophobic judge arranges for Zachary to be taken out of Jody's home, whereupon Nancy sets about to thoroughly wipe her grandson's memory clean of his previous "immoral" lifestyle--even unto demanding that the boy refer to her as Momma. The film's script is careful to weigh both sides of the argument equally, demonstrating that for most of her life, Jody was hardly a paragon of responsible motherhood, having supped full of booze and promiscuity before realizing she was gay and promptly cleaning herself up; nor is Nancy depicted as a cold-hearted villain, merely a concerned grandmother who wants what she thinks is best for Zachary. Indeed, if there are truly any "heavies" in the piece, they are the best friend and brother of the beleagured Jody, who callously testify against her in court. Originally seen over the ABC network, Two Mothers for Zachary debuted September 22, 1996.

Toby Metcalf
as Off. Hamm

Ramsey Williams
as Vada
View All

There are no critic reviews yet for Two Mothers for Zachary. Keep checking Rotten Tomatoes for updates!

There are no featured reviews for Two Mothers for Zachary at this time.