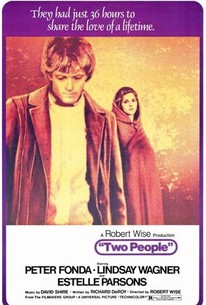 Evan Bonner (Peter Fonda) is a former solider who deserted the Army due to his growing opposition to the U.S. role in Vietnam. Having spent the intervening years drifting aimlessly, he has ended up in Marrakesh -- where he has made the decision to return to the U.S. and turn himself in. Also in Marrakesh are a famous fashion model, Deirdre McCluskey (Lindsay Wagner), her live-in lover (and photographer) Ron, and her editor Barbara. This trip is experiencing considerable tension at the moment. They have finished their photo shoot and are ready to return to New York, but Ron has decided he wants to stay on in Marrakesh for the time being. Deirdre and Barbara board a train to Casablanca the next day, and Deirdre soon finds herself admitting that her relationship with Ron has petered out. She also admits that she would really like a few puffs of the local strain of marijuana; spotting Evan and recognizing him from the café, she decides to see if he has any but changes her mind when she sees that he is emotionally overwrought. Eventually, however, Evan strikes up a conversation with Deirdre, and they begin a halting relationship that grows in intimacy as they journey back to the United States. Deirdre tries to persuade Evan to give up his plans, and even says she will move her young son to Europe so that the three of them can live together. Evan and Deirdre's son hit it off when they meet in New York, but even that is not enough to dissuade Evan from his plans. ~ Craig Butler, Rovi

There are no critic reviews yet for Two People. Keep checking Rotten Tomatoes for updates!

There are no featured reviews for Two People at this time.