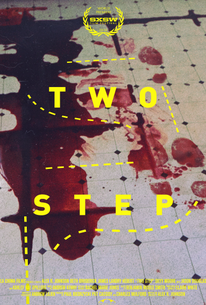 James has lost his parents and been kicked out of college. With nowhere else to turn, he retreats to his beloved grandmother, only to watch her pass away. His luck continues its tailspin when he gets mixed up with Webb, a malicious con artist who's been preying on local seniors. James may have been taken under the wing of a benevolent, straight-shooting neighbor, but not even a garrison of guardian angels could ward off Webb, who has a deadly problem of his own: Duane, a crime lord who has just delivered an ultimatum that forces Webb to take violent action.

The Austin-set thriller "Two Step" approaches tension a lot like the region's barbecue, with enough methodical, indirect heat to make for plenty of flavor when it's time to bite.

A nasty, flawlessly acted little gem that goes deep inside its characters' psyches.

There's a lot to admire in the slow-burning build of Texas ambiance and dialogue.

It's a tiny tale, this story of lost souls and escalating circumstances, but it's a tale well-told and beautifully shot.

Instead of the gore aspect, Johnson focuses on the relationships between the characters. It packs punches with a slow burn instead of constant action, making it more tantalizing.

Sharply written, unusually well-acted and well worth a look that it will be lucky to get.

Two Step is definitely a slow burn, but it announces its intentions early and settles into a definitive mood and tempo, and when the sudden bursts of violence do arrive (and they do), they are accompanied by an unexpected power.

One of the things I really admire about Two Step is that it isn't afraid to blaze its own trail. Though the film's set up as a simple home invasion thriller, there's a lot more going on.

Isaac Feldberg
We Got This Covered
View All Critic Reviews (14)

There are no featured audience reviews yet. Click the link below to see what others say about Two Step!