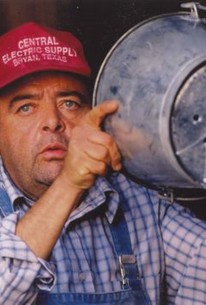 When a man kills his wife -- who happened to be the most hated woman in the village -- no one is sure if he should be punished or congratulated in this darkly farcical comedy. Jojo (Jacques Villeret) runs a small farm in rural France, and asks for little from life; all he wants to do is finish his chores, tend his goats, and work on his stamp collection. But Jojo's wife Lulu (Josiane Balasko) will not hear of it; often drunk and chronically ill-tempered, Lulu goes out of her way to make Jojo miserable, and she's earned the frightened enmity of nearly everyone in town. After Lulu destroys both his stamp collection and his milk pails in a fit of pique, Jojo visits a lawyer, Jacquard (Andre Dussollier), and posing as a wife-killer, asks how he would defend him in court. With Jacquard's strategy fresh in mind, Jojo contemplates doing away with Lulu when he finds out that she's already made plans to finish him off with poisoned wine. A sudden fight with a bread knife finds Lulu dead and Jojo on trial for murder. Jacquard finds himself putting his earlier theories to work when he's hired to defend Jojo, but to his surprise, many of Jojo and Lulu's neighbors arrive to lend a degree of support. While practically no one will say that Jojo is innocent of the crime, everyone agrees that the community is better off without Lulu -- and are willing to say so in court. Un Crime Au Paradis is a remake of the 1951 hit La Poison; the box-office success of Un Crime Au Paradis in France led to a theatrical re-release of the earlier film.

There are no critic reviews yet for Un crime au Paradis. Keep checking Rotten Tomatoes for updates!

There are no featured reviews for Un crime au Paradis at this time.