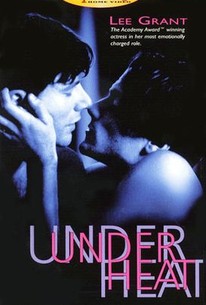 This gay melodrama is based on a novel by Michael David Brown and is centered around AIDS of which the filmmaker Peter Reed died. Dean is 36 and recently diagnosed as HIV positive. He has come home to tell his mother and his older brother Milo. Dean's father committed suicide 20 years earlier; his mother has never completely recovered from the shock. Dean attempts to talk to his family, but they are enmeshed in their own trials. Since her husband's inexplicable death, the mother has been drinking heavily. Now doctors have discovered a tumor in her. It could be malignant. Milo still continues to see his heroin addicted drug dealing girl friend Velma. She likes to tamper with people, and this precipitates a disaster. His ex-wife and children patiently await his return.

Critic Reviews for Under Heat

There are no critic reviews yet for Under Heat. Keep checking Rotten Tomatoes for updates!

There are no featured reviews for Under Heat at this time.