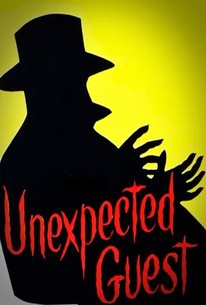 When William Boyd took these roles, he was nearly a washed up silent film star. This role, a long-running one spawning multiple sequels, brought him international acclaim and instant recognition wherever he went. In this particular movie, a California family is left an inheritance. When the heirs begin to drop off one at a time, Hoppy decides to investigate.

Robert B. Williams
as Ogden

There are no critic reviews yet for Unexpected Guest. Keep checking Rotten Tomatoes for updates!

A typical murder mystery except with a cowboy twang to it: "somebody in this house is a murderer ..." The catch to all of these, I imagine, is the popularity of the star and his companions as they go through all the motions this genre entails. Poor me, caught w/o finding any of them popular.