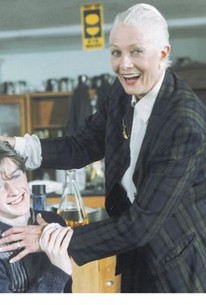 Vanessa Redgrave, Eli Wallach, and Franco Nero appear in this courtroom drama about the bloody slaying of a New York businessman, his wife, and their children. Tony Grasso (Kevin Isola), a loner who has a long-running obsession with the mother of the slain family, is arrested based on questionable circumstantial evidence. A cynical, ambitious lawyer (Nero) is uninterested in whether his client actually committed the crime. Instead, he wants to make sure that Tony can construct a convincing narrative to explain his whereabouts, and he therefore has Tony go over the central events of that night. The rest of the film, presented in flashbacks during the courtroom proceedings, explores Tony's sordid past. Uninvited was screened at the 1999 San Sebastian Film Festival.

There are no critic reviews yet for Uninvited. Keep checking Rotten Tomatoes for updates!

There are no featured reviews for Uninvited at this time.