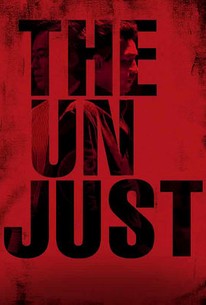 The sudden death of an accused child killer while in police custody prompts an unethical detective and a desperate mob boss to frame another convict who may be innocent of the crimes, only to find their scheme complicated by an unusually thorough public prosecutor in this tense crime thriller. When a depraved serial killer says 5 South Korean children, the present gets directly involved with the case led by veteran detective Choi Cheol-gi. Frustrated over the fact that his stellar arrest record was marred by the fact that he was set-up for a crime and demoted, Choi manages to apprehend the prime suspect, who soon dies under police supervision. But Choi isn't about to see his career destroyed by such a freak accident, and quickly cuts a deal with mafia don Jang Seok-gu to find a patsy. Before long Choi and Jang have their fall guy, but when public prosecutor Ju Yang takes the case, the president attempts to have Choi taken off the case. Later, as the investigation intensifies, the complex web of lies and deceptions threatens to ensnare everyone involved. ~ Jason Buchanan, Rovi

Gunfire, a big knife, and perhaps best of all, a jaw-dropping elevator malfunction all figure in the mix. Judging by this, South Korean cinema isn't just alive and well, it's kicking and screaming.

Although The Unjust has a kinetic energy, I suspect that's merely to distract from the overly-convoluted plot, and the film's one wildcard - that bizarre sense-of-humour... - disappears after the first hour.

A film noir dripping with guilt and laced with absurdity. In Korean Gotham all the cops are criminals and all the sinners saints.

Pretty good movie that starts out slowly and builds to a strong finish. In fact the first hour is pretty much nothing to write home about. I didn't find it very interesting to follow and the plot is hard to get into if you're thinking about it logically, again, all during the first half of the movie. Thankfully the movie does have a sense of humor that helps carry it throughout the first hour. Again, the movie builds to a really strong and intense climax that ultimately is good enough to make this an overall good movie. It's not as fabulous a climax as The Departed (which is what this movie comes closest to) but it's good enough.