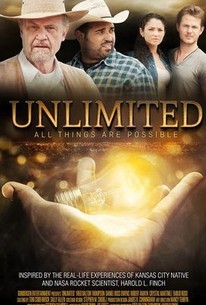 Simon Orwell is a brilliant student whose life has taken a series of wrong turns. At the point of giving up on his dreams, he gets a call from an old professor who has discovered a breakthrough in a device that would create unlimited energy, and he needs Simon's help. But once he crosses the border, nothing goes as planned.The professor has been killed and Simon is assaulted and nearly killed by members of a powerful drug cartel. Now he must take refuge in the only place that will help him - a local orphanage. (c) Official Site

Oscar Avila
as Carlos
View All

There are no critic reviews yet for Unlimited. Keep checking Rotten Tomatoes for updates!

There are no featured reviews for Unlimited at this time.