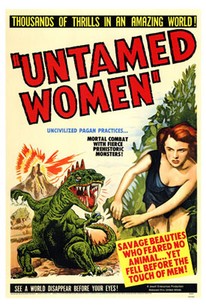 Four Mexican women set forth on an emancipatory journey to Guadalajara in this upbeat drama. The story begins in the tiny pueblo of Comala. Ema, a bank teller, persuades her three friends Chayo, Isabelle and Clotilde to leave their brutish spouses and accompany her on a trip to Guadalajara to find freedom. Once there Isabelle, worried about her mentally-retarded daughter, goes home. The other three decide to stay and look for work and a place to stay. They find both in the restaurant and nightclub of Rosa 4. While there, Rosa begins falling for Homero, a womanizing drug runner pretending to be a student. Ema is unaware of his true identity. She is also unaware that her husband Felipe has gone looking for her. When Ema learns the truth about Homero, she beats him senseless, flushes his drugs down the toilet, and steals his money. The three women use part of the cash to fly to Los Angeles; the rest of it they use to start up a Mexican Restaurant. Meanwhile Felipe continues his search. At one point he runs into Homero and Felipe is almost killed. Felipe escapes and finally makes it to the restaurant in LA where he begs Ema for a second chance. ~ Sandra Brennan, Rovi

Juana Ruiz
as Isabel
View All

There are no critic reviews yet for Untamed Women. Keep checking Rotten Tomatoes for updates!

There are no featured reviews for Untamed Women at this time.