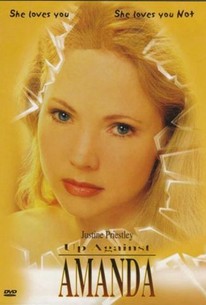 A thirtysomething man who has attracted the attentions of a sexy teenager discovers this is not the harmless fling he imagined it to be in this erotic thriller. Amanda Lear (Justine Priestley) is a beautiful but unstable young woman, who, after being abused by her father as a child, spent several years in a mental institution and is now being released on the advise of her psychiatrist, Dr. Arnold (Josh Alan Richards). However, Amanda was able to arrange this by sleeping with her analyst, and after he sets her up in a house, her attentions turn to her handsome next-door neighbor, Richard (David DeWitt). Richard is married, but his wife, a promising singer, is out of town working on an album, leaving him on his own, and Amanda sees a perfect opportunity to move in and take Richard for her own. Amanda becomes obsessed, tapping into the security system in his home so she can watch his every move, and makes her sexual interest in him quite obvious. When Richard's wife returns, Richard makes it clear he intends to stay with his wife, which doesn't sit well with the very jealous Amanda, who is determined to eliminate any woman who stands between her and the man she wants -- and any man who would dare reject her.

Critic Reviews for Up Against Amanda

There are no critic reviews yet for Up Against Amanda. Keep checking Rotten Tomatoes for updates!

Audience Reviews for Up Against Amanda

There are no featured audience reviews yet. Click the link below to see what others say about Up Against Amanda!

Up Against Amanda Quotes