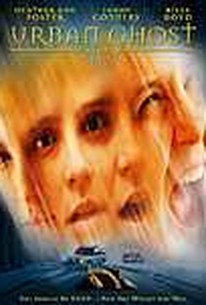 Genevieve Jolliffe directed this British supernatural drama set in Glasgow. A joyride car crash almost leads to the death of 12-year-old Lizzie (Heather Ann Foster) who lives with her mother Kate (Stephanie Buttle) and with her brother and younger sister in a seedy apartment building. When Lizzie returns home, she begins experiencing strange and unexplained phenomena in the apartment With police and a social worker (Siri O'Neal) ill-equipped to deal with poltergeist activity, Kate turns for help to journalist John Fox (Jason Connery) who sees it as a hoax and types it as a tabloid tale. However, after university parapsychologists arrive on the scene, scientific tests indicate that mother and daughter deserve serious scrutiny. Filmed with a blow-up from Super-16 and shot at southeast England locations with interiors at Ealing Film Studios. Shown at the Edinburgh Film Festival. ~ Bhob Stewart, Rovi

An extraordinary snapshot of how poverty, shame, guilt and isolation work together, all through the enduring supernatural metaphor of the ghost.

It's delivered with an impressive amount of atmosphere and a screenplay that capably manages to keep you guessing most of the way.

There are no featured audience reviews yet. Click the link below to see what others say about Urban Ghost Story!