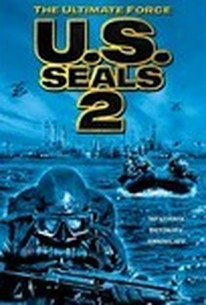 A soldier comes out of retirement to confront a former friend who betrayed his loyalties in this action thriller. Casey Sheppard (Michael Worth) and Frank Ratliff (Damian Chapa) were once members of an elite Navy SEALs squadron; while close friends, Sheppard is a disciplined, by-the-book warrior, while Ratliff has an emotional hair trigger and a strong reckless streak. One night, Ratliff snaps and after a violent incident he disappears, eventually surfacing as a rogue agent for hire; the shock of the incident causes Sheppard to leave the Navy. Years later, it's discovered that Ratliff has joined the payroll of an international terrorist network after he kidnaps Dr. Jane Burrows (Kate Connor), a renowned nuclear physicist who has been working with U.S. defense projects. Ratliff is demanding a billion dollars for Burrows' safe return, but while she's in his custody, Ratliff forces Burrows to create nuclear warheads to arm several missiles he's purchased on the black market. As Ratliff plays both sides against one other in a bid for untold wealth and power, Sheppard is persuaded to come out of retirement to rescue Burrows and bring Ratliff to justice. However, Sheppard discovers that Ratliff's base of operations is a former Russian missile base that's also the site of a methane gas leak; the use of guns or bombs could cause the entire compound to explode, so Sheppard assembles a team skilled in martial arts and hand-to-hand combat, including Kamiko (Karen Kim), Sheppard's former love whose father and twin sister were brutally murdered by Ratliff. An in-name-only sequel to U.S. Seals, U.S. Seals 2 also features Marshall Teague, Sophia Crawford, and Hakim Alston. ~ Mark Deming, Rovi

Films like U.S. Seals 2 are microcosmic explanations of the kind of thinking that drives most big-budgeted Hollywood blockbusters.

If you've never seen a guy chopped in half -- from the crotch upward -- while just standing there, well, now's your chance. It doesn't come often.

Good movie. The storyline was great and the acting was awesome. Damian Chapa do a great job for this movie.