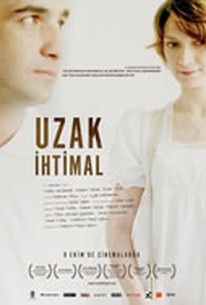 Fate brings together two people of similar temperament but different background in this romantic drama from Turkey. Musa (Nadir Saribacak) is a devout Muslim who is a muezzin at a mosque in a small town. A position at a larger mosque takes him to Istanbul, where the introverted young man feels very much out of place. Musa's new apartment is across the hall from a flat that's home to an elderly woman in poor health, who is looked after by a caretaker named Clara (Gorkem Yeltan). Musa becomes smitten with the lovely Clara as she comes and goes, though he senses that she's just as shy as he is. Clara is friendly with Yakup (Ersan Uysal), a dealer in rare books, and when Yakup hires Musa to do some part-time work cataloging ancient Muslim literature, the muezzin is finally given a proper introduction to Clara. Musa is thrilled to learn that Clara is as interested in him as he is in her, but he also becomes aware of the gulf between them -- not only is Clara a Catholic, until recently she was also a nun. Uzak Ihtimal (aka The Wrong Rosary) was the first feature film from director Mahmut Fazil Coskun. ~ Mark Deming, Rovi

There are no critic reviews yet for Uzak ihtimal (Wrong Rosary). Keep checking Rotten Tomatoes for updates!

There are no featured reviews for Uzak ihtimal (Wrong Rosary) at this time.