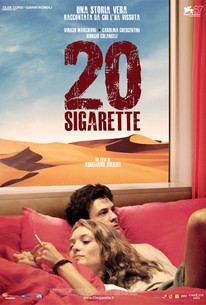 November 2003: Aureliano, a twentyeight- year old anarchist and anti-war activist without a regular job or love life, gets an offer to fly immediately to Iraq as assistant director on a film about the Italian military "peace mission". Despite the criticism from his mates and best friend Claudia, and the concerns of his family, in particular his mother with whom he lives, Aureliano heads off. He thus finds himself in the middle of a military world he doesn't approve of and about which he is prejudiced. However he discovers a great sense of humanity and brotherhood in the people he meets, values that he shares. Following Stefano Rolla, the director whose passion for film, work and life in general have swept him up, Aureliano doesn't have time to finish a packet of cigarettes before he finds himself caught up in the attack on the Nassirya army barracks on 12 November 2003. The only civilian to survive the attack that has killed nineteen Italians, Aureliano is seriously injured but manages to get himself to safety. A witness and victim of the event, he spends long periods in the American hospital at Nassirya and the Rome Celio hospital, receiving a constant stream of visits from politicians, the military and journalists because in the meantime he has become an accidental hero. With the help of Claudia, Aureliano undergoes the transformation from "boy" to "man".

There are no critic reviews yet for Venti sigarette. Keep checking Rotten Tomatoes for updates!

There are no featured reviews for Venti sigarette at this time.