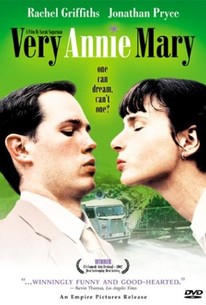 Critics Consensus: An exercise in strained whimsy and saccharine sentiment.

Critics Consensus: An exercise in strained whimsy and saccharine sentiment.

Critic Consensus: An exercise in strained whimsy and saccharine sentiment.

A Welsh woman is belatedly forced to come out of her shell when poor fortune befalls her family and friends in this kitchen-sink comedy. Annie Mary (Rachel Griffiths) is a woman in her early thirties who seems never to have finished growing up; she still lives at home with her widowed father Jack (Jonathan Pryce), hasn't established much of a life of her own, and can't get her relationship with her boyfriend Colin (Rhys Miles Thomas) to go anywhere. Jack, an enthusiastic ladies' man with a passion for opera and no modesty about sharing his vocal talents with those around him, runs a bakery, and is known to sing the occasional aria for the edification of fellow motorists as he delivers bread. Annie-Mary has been slowly saving up money for a down payment on a flat of her own until disaster strikes and Jack suffers a stroke. Confined to a wheelchair and unable to speak, Jack is incapable of running the bakery, and it falls to Annie-Mary to keep the business afloat. Attempting to rise to the occasion, Annie-Mary decides to give the bakery a make-over, with limited success, but as she tries to keep the business going and care for her father, Annie-Mary discovers that one of her closest friends, Bethan (Joanna Page), is suffering from a serious illness and hasn't long to live. Bethan has always wanted to visit America and see Disneyland, so Annie-Mary hatches a plan to raise the money by winning a local talent show; despite her feeble dancing ability, Annie-Mary decides to form a pop group with her friends, in hopes of fulfilling one of her foiled ambitions from her teenage years. Though shot in 1999, Very Annie-Mary didn't find its way to theaters until 2001. ~ Mark Deming, Rovi

This warm and funny film hits all the right notes, and nothing compares to the satisfaction that comes from watching Annie Mary triumphantly sing her heart out. She's as radiant as you knew she would be all along.

The movie would seem less of a trifle if Ms. Sugarman followed through on her defiance of the saccharine.

A bit too eager to please.

It is not the first time that director Sara Sugarman stoops to having characters drop their pants for laughs and not the last time she fails to provoke them.

Very Annie-Mary is familiar but winningly funny and good-hearted.

If the predictability of bland comfort food appeals to you, then the film is a pleasant enough dish.

A frustrating combination of strained humor and heavy-handed sentimentality.

So exaggerated and broad that it comes off as annoying rather than charming.

By the end, I was looking for something hard with which to bludgeon myself unconscious.

Beware the quirky Brit-com. They can and will turn on a dime from oddly humorous to tediously sentimental.

Quirky and delightful. A real joy.