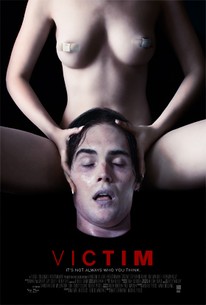 What's the ultimate form of revenge? One Young man is about to find out. After being mysteriously kidnapped by a Doctor and his violent henchman, he's held captive in the converted cellar of an old mansion. For reasons unknown, he's forced to endure heinous physical and psychological torture, but slowly realizes the worst is yet to come when the Doctor's brutal plan for him is finally revealed.... VICTIM is a horrifying, twisted thriller from directors Matt Eskandari and Michael Pierce. -- (C) IFC

Stephen Weigand
as The Young Man

A certifiably silly film that takes itself and its wackily pedestrian subtext way more seriously than it should.

But what begins as a standard B-horror flick develops some unexpected and occasionally clever twists as it transforms into an odd tale of revenge.

There are no featured audience reviews yet. Click the link below to see what others say about Victim!