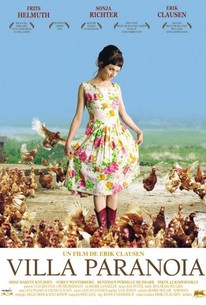 An outwardly feeble old man reveals himself to be anything but when his son recruits an aspiring young actress to care for the ageing widower in director Erik Clausen's satirical psychological drama. In Jorgen's eyes, his immobile, unspeaking father Valentin is little more than a constant burden who would be better off dead. Day in and day out, the nurses come and go at Valentin's villa as the old man sits comatose, never reacting to a single word or action. One day, on the set of a commercial, Jorgen strikes up a friendship with twenty-four year old unemployed actress Anna. Anna is in desperate need of work, and quickly offers to care for Jorgen's ailing father. As it turns out, her presence proves a pivotal factor in bringing Valentin back to the world of the living. Before long, Valentin is Anna's biggest fan, watching her perform roles that she failed to land at auditions and gradually showing undeniable signs of life. But Jorgen is about to take drastic measures, and in order to stop that from happening Anna will draw on her acting skills to discover just what Valentin has been hiding from his son for all these years.

There are no critic reviews yet for Villa Paranoia. Keep checking Rotten Tomatoes for updates!

There are no featured audience reviews yet. Click the link below to see what others say about Villa Paranoia!