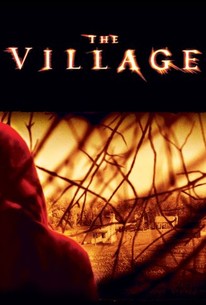 M. Night Shyamalan, the creative mind behind The Sixth Sense and Signs, wrote and directed this characteristically atmospheric thriller. The rustic village of Covington is a small town in rural Pennsylvania that is home to 60 souls. The citizens of Covington lead a quiet and peaceful life, but not without an unusual caveat -- terrible creatures lurk just outside the borders of the village, and the people of Covington have reached an agreement of sorts with the beasts, in which they are allowed to go about their business as long as they never cross the village's boundaries. However, this precarious balance is upset when a headstrong young man, Lucius Hunt (Joaquin Phoenix), decides to find out what lies outside Covington, and unwittingly invites the wrath of the creatures upon the town. The Village also stars Sigourney Weaver, William Hurt, Adrien Brody, Judy Greer, and Bryce Dallas Howard; both Kirsten Dunst and Ashton Kutcher were at one time attached to the project, but both left the cast before filming began.

Scott Sowers
as Man with the Raised Eyebrows

Joey Anaya
as Those We Don't Speak Of

Kevin Foster
as Those We Don't Speak Of
View All

News & Interviews for The Village

View All The Village News

Critic Reviews for The Village

It all comes to a head... in perhaps the greatest sequence Shyamalan has ever filmed.

Shyamalan's films never send that chill up the bone on a second viewing. Worse, with Signs and The Village even the first viewing is becoming a bit of a yawn.

The entire solemn, portentous edifice that is The Village collapses of its own fake weight.

Thought-provoking thriller too intense for some.

We feel the need ever more today, as societies polarise and global political and environmental crises loom, for community and hope, and The Village foresaw that.

An impoverishment of forms begins to be glimpsed in 'The Village' that, in light of his (Shyamalan) later films, has been irreversible for more than a decade. [Full Review in Spanish]

While it has some distinct moments that are capable of scaring the pants off you, when compared to Shyamalan's more meticulous works, for the avid Shyamalan fan, disappointment is the guaranteed outcome.

It succeeds more often than it fails, and it proves once and for all that M. Night Shyamalan is nobody's one-trick pony.

This director is a young dog who needs some new tricks.

The Village is a truly special film, one that is largely misunderstood by the masses.

Audience Reviews for The Village

A mystery-driven allegory that will disappoint those expecting the frightening movie the trailer wants to sell, but those more open-minded may find an interesting film with an evocative cinematography, even if the main twist (two, in fact) doesn't carry the same impact as Shyamalan's previous films.

I remember being really excited for this film when the trailers were first released, and excited to finally watch it in theaters. Except when that time finally came, I was extremely let down particularly with the ending. It showed alot of promise in the beginning, but failed to capitalize on it.

M Night. Shyamalan's The Village started off with a very good premise. The film was scary, and disturbing, and kept you on the edge of your seat until the twist ending. The Village could have been something terrific, but instead it ends up being a dud. This horror suspense film isn't what it advertises it to be. The film would have been fine just the way it, if it wasn't for the ending. For what is, the first hour was very entertaining, but like I said, the ending ruined the entire film. I felt that Shyamalan had another terrific film under his belt, but alas; it was not to be. The Village ends up being predictable, and near the end you realize what the ending might actually be. Other than the film was well acted, but because of the Shymalan tendency to ruining his films with a twist, the talent involved doesn't save the film from mediocrity. There were some good things about the film, but once everything becomes obvious to the viewer (and it does) you just end up not caring for the film anymore. What was great about Signs was that it had an effective mix of suspense, mystery, thrills and horror to create the tension on screen. Plus the ending wasn't bad whatsoever, and nothing is really explained, not to the fullest at least. But with The Village, everything is explained and it ruins the entire tone of the film. Go in with low expectations so that you're not too disappointed as I was. The Village is a mediocre thriller horror film that doesn't deliver the goods.

I found M. Night Shyamalan's 2004 thriller excellent for the first two-thirds of it. The characters are interesting, the acting all-round is superb, especially from Bryce Dallas Howard. Shyamalan creates numerous moments of tension and suspense and the eery atmosphere really works. Not to mention James Newton Howard's score is incredible and one of my all-time favourites now. Everything was great..until the final act. I don't hate the twist as much as others, but it just left me cold. I don't think it is the twist us the audience deserves. Who knows, the twist might make sense, but I think Shyamalan couldn't provided a much more interesting and thought-provoking climax. It doesn't mean the film doesn't get a recommendation from me, as throughout most of it, I was gripped. The acting is superb (though some actors, like Brendan Gleeson, are wasted), the characters and their interactions are always intriguing, the score is outstanding and it has a lot of creepy moments. I just wish the final 20 minutes didn't leave me so unsatisfyed. I will watch it again though and who knows? It may grow on me.