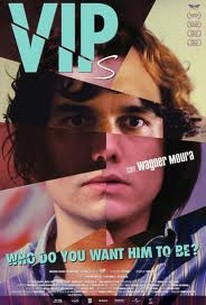 A young man who dreams of taking to the skies like his father runs away from home and learns how to fly, subsequently embarking on the adventure of a lifetime in this biographical drama inspired by actual events. Marcelo da Rocha is a human chameleon. Growing up, he mastered the art of imitation. And the older he grew, the better he got. By impersonating various people, he traveled to far-away places and experienced thrills that most people can only dream of. Later, Marcelo's talent for mimicry is put to the ultimate test when he attends a lavish party, and successfully passes himself off as the successful son of a prominent airline owner. ~ Jason Buchanan, Rovi

There are no critic reviews yet for VIPs. Keep checking Rotten Tomatoes for updates!

There are no featured reviews for VIPs at this time.