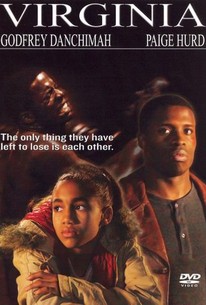 When an unstable drug addict abandons her boyfriend and teenage daughter, the unlikely pair embark on a tireless quest to locate the girl's biological father in this tender drama starring Godfrey Danchimah and Paige Hurd. Upon awakening to discover a tersely written "goodbye" letter and no trace of his girlfriend, Griffin is reluctantly saddled with the responsibility of caring for the precocious adolescent. From the information that Griffin can gather, it appears that Ginny's father is currently living in California. But Griffin doesn't even know if the girl's father will welcome a visit from his estranged daughter, and in order to reach the man, Griffin and Ginny will have to navigate some of the toughest neighborhoods in the dark underbelly of Los Angeles. Already reeling at the loss of her mother, Ginny begins to sense that she is about to lose the only father figure she has ever known as well. Now, as fate closes in on the troubled young girl and her street-smart guardian, both Griffin and Ginny will soon learn just how important it is to stick together when times get tough.

Lorena York
as Barfly No. 1
View All

There are no critic reviews yet for Virginia. Keep checking Rotten Tomatoes for updates!

There are no featured reviews for Virginia at this time.