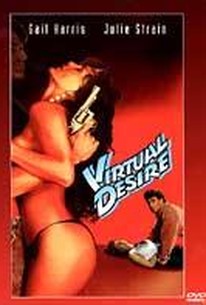 A man discovers that on-line sex isn't as impersonal as he thought in this erotic thriller. When his wife Susan (Tammy Parks) is murdered, Brad (Mike Meyer) is heartbroken, and he's convinced that the death is somehow linked to his own infidelity with women he met while looking for sex in internet chat rooms. When Detective Crank (Ross Hagen), the cop investigating the case, quickly loses interest in finding Susan's killer, Brad takes the bull by the horns and begins taking a second look at his own sexual past -- with potentially dangerous results. The deadly beauties Brad encounters include Julie Strain, Gail Harris, and Shanna McCullough.

Lorissa Mccomas
as Julie
View All

There are no critic reviews yet for Virtual Desire. Keep checking Rotten Tomatoes for updates!

There are no featured reviews for Virtual Desire at this time.